History of the School

St Stephen’s School was situated to the north of the Church. An Infant School was opened in 1872, a Boy’s school in 1873 and a Girl’s School in 1877. In 1899, an Intermediate School was started for ‘the daughters of the smaller trades people who could pay more than two pence per week.’ 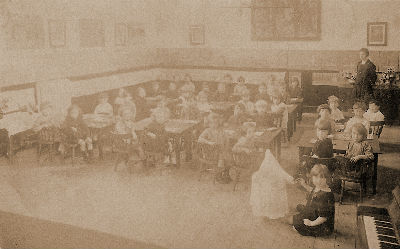 The St Stephen’s Primary School building is now an office complex and the school was moved into the Girls' building, the Princess Margaret Rose School, in 1978 when it combined with Holy Trinity Primary School to become Trinity St. Stephen Church of England Aided First School. In 1906 the Senior Girls' School moved to newly built premises in Vansittart Road, about 200 yards from the Church. About 1940 this ceased to be the responsibility of St. Stephen’s and became an Aided Secondary Modern School for Girls supported by the parishes of Windsor and district.

The school has close links to the church and hold a service of Family Worship on the last Thursday of every month in term time. At least two members of the Governing Body of the school are representatives of the Parochial Church Council.