Do read our parish magazine,

Please get in touch if you would like any further information or if you wish to receive a Zoom invitation. Those of you who already subscribe to our mailing list will receive full details as for our regular Sunday services.

The safety of our congregation and visitors remains paramount as lockdown restrictions are eased across the country. We ask that you continue to wear a face covering in church and to sanitise your hands as you enter the building. It continues to be necessary to check in for the purposes of NHS Test and Trace. social distancing remains in regard to seating, and we advise against having physical contact with people outside your family or bubble. we are adopting this cautious approach for the benefit of everyone and will continue to monitor the situation, making changes where necessary. Please stay at home if you are suffering from any of the symptoms of Covid-19. 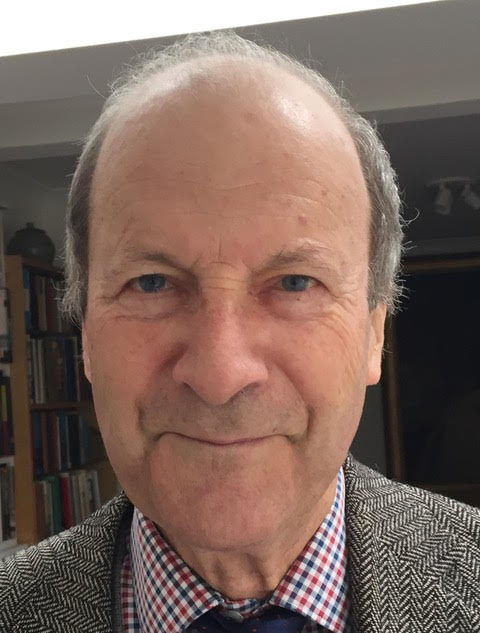 On October 6, the Common Worship calendar commemorates William Tyndale, translator of the scriptures. Tyndale was born in south Gloucestershire, possibly in the Forest of Dean, around 1494, and entered Magdalen Hall, Oxford in 1510. He became knowledgeable in languages and the scriptures and after a time at Cambridge went to be tutor to the children of Sir John Welch in Old Sodbury, Gloucestershire. In that place he was able to engage with many leading clergy and laity about the teachings of Luther, Erasmus and others who were questioning traditional authority and teaching, and he announced his intention of translating the Bible into English. He moved to London, where he was given hospitality by an alderman, studying intensely and eating frugally, drinking “but small single beer”.

Many of the merchants of London were “Lollards”, that is, supporters of the movement that had been set in motion by John Wyclif some 150 years previously. They had the means to provide the finance and shipping crucial to the production and distribution of the translations. There was also a network of contacts with merchants and sympathisers in northern Europe. Yet the royal authorities had to tread warily with the London merchants, because of the taxation revenue they produced.

On the strength of these contacts, Tyndale soon went to Hamburg, visited Luther at Wittenberg and then, with a colleague in Cologne, began to print a translation of the New Testament. The project being discovered, the two fled to Worms where they printed two editions, one in quarto, one in octavo, three thousand copies each.

Because Tyndale was not proceeding under royal authority, Cardinal Wolsey tried to have him arrested (note that this is before the separation of the English church from Rome in 1533) but he took refuge in Marburg. There among other writings he published The Obedience of a Christian Man, with which King Henry VIII was delighted, since it laid down the doctrine of passive obedience to temporal authority and the supremacy of scripture in doctrinal matters. Such royal delight did not last, however, for in Tyndale’s next work he denounced the king’s divorce from Katherine of Aragon.

Tyndale moved to Antwerp as he continued his work of translation. It may seem strange that he could seek to continue his work in Hapsburg dominions, but the explanation seems to be that the cities were semi-independent and commercially powerful, and that there was much sympathy among merchants and city authorities with the new teachings.

Eventually, however, a false friend betrayed Tyndale to the Imperial authorities, and despite efforts on his behalf by English merchants and by Thomas Cromwell he was put to death in 1536.

Tyndale’s significance is that he prepared a scholarly translation into English from reliable Greek and Hebrew manuscripts available to him. The work of Wyclif and his followers some 150 years earlier had largely been based on often unsatisfactory manuscripts of the Latin vulgate. Earlier still, there had been some partial translations into Anglo-Saxon. But it is to Tyndale that we owe the English tradition of translation from the original sources.

Circumstances in the 1520s and 1530s also meant that the printed editions were now within the purchasing reach of many. Diarmid McCullough estimates that around 16,000 copies of Tyndale’s translation had come into England by Tyndale’s death in 1536, when the population of England was 2.5 million (Reformation, p.203).

Tyndale’s Old Testament work, and his revised New Testament of 1534, were incorporated into a 1537 bible called “Thomas Matthews’ Bible”. This received the king’s licence and quickly sold 1500 copies. This Bible, in turn, revised by Myles Coverdale, led to the Great Bible of 1539, placed in every parish church by the king’s command at the instigation of Thomas Cromwell.

Tyndale’s work also lies behind both the Geneva bible (in English) of 1560 and the Rheims New Testament produced by Roman Catholic exiles in 1582. The latter in turn led to the Douai bible of 1609 (even though to some Tyndale was a heretic!). Finally, the 1611 revision (the “King James Version”) also is heavily indebted to Tyndale’s work, although it is worth recording that although it was “appointed to be read in churches” it did not really supersede the Geneva Bible until after the Restoration of the Stuarts in 1660.

Yet underlying any account of the first half of the sixteenth century in England are the twists and turns of Henry VIII’s religious and political policies. He veered between favouring some of the reformed ideas and then clamping down, particularly perhaps towards the end of his reign. That seems to me the only way we can understand his opposition to Tyndale alongside his eventual agreement to the availability of the new translation in parish churches.

The final years of Henry’s reign were marked by intrigues with various political and religious groups, playing off those favouring and those against reform. The only constant was trying to avoid incurring his displeasure.

After Cromwell’s fall in 1540, Henry first required parishes to have an accessible bible, on threat of a fine, but later (1543) had an Act passed limiting access to the translation. So along with the reformers’ pressure to open up access to the Scriptures, reasons of state could militate against open access. Is the danger of uncontrolled interpretation of the bible analogous to the dangers of misuse of that wonderful modern invention, the internet?

It is also of interest to observe how the translation of the scriptures has often been important in the formation of a standard literary language. The work of Saints Constantine (Cyril) and Methodius, both brilliant linguists, in translating Byzantine texts of the bible into their native Slavonic in the 9th century led to literary Old Church Slavonic before the Slavonic languages ramified into the groups we know today. Luther’s translation into German established a standardised literary language. His work, as also that of Tyndale, of course had the benefit of the development of the printing press.

Here is an example of Tyndale’s translation of the New Testament (Romans 8.35-end). It is taken from the 1526 edition of his work, as presented in the British Library publication of 2000. The interested reader might like to compare it with the King James version and whatever modern translations they have available.

Who shall seperate us from goddes love? shall tribulacion? or anguysshe? or persecucion, other honger? other nakedness? other parell? other swearde? As it is written: For thy sake are we kylled all daye longe, and are counted as shepe apoynted to be slayne. Neverthelesse in all these thynges we overcome strongly thorow his helpe that loved us. Ye and I am sure that nether deeth, nether lyfe, nether angell, nor rule, nether power, nether thynges present, nether thinges to come, nether heyth, nether lowth, nether eny other creature shalbe able to departe us from Goddes love, which is in Christ Jesu oure lorde.

You are welcome to join us at St Stephen and St Agnes, regardless of race or gender or sexuality. We are part of the Church of England and our worship style is modern catholic: this means the service uses contemporary English, but still has ritual and incense (‘smells and bells’). Due to COVID19, services do not currently finish with coffee or sherry, but we hope to restart these when possible. There is a Fairtrade stall selling a variety of goods from Traidcraft (chocolate, biscuits, tea, coffee, rice, Christmas cards later in the year, etc.)

There are areas in the church that make it easy for parents with prams or people in wheelchairs to join the worship.  Our congregation age ranges from babies to 98-year-olds.  On the first Sunday of the month (outside of COVID-19), we have a family service with home-baked cakes.  Study and discussion groups are available throughout the year with special courses run during Advent and Lent.

St Stephen and St Agnes is part of the New Windsor Team Ministry, which includes Holy Trinity, Windsor Parish Church of St John the Baptist, and All Saints.

By viewing our website your IP address, browser details, times of visits, etc. may be logged and used for statistical purposes, network security and fraud prevention. This helps us to monitor how effectively the site is working. Be assured that we never profile normal visitors to the site or invasively monitor them. The statistical data will be used by ourselves and may also be used by our website provider to help provide the service. The legal basis for processing this information is Legitimate Interest.